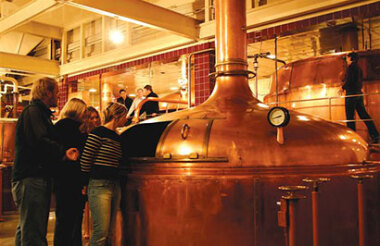 Speights Brewery was founded in 1876 and still occupies its original Dunedin site, with several of its buildings dating back to the late -1800's. Speights has proudly kept its rich heritage and it is one of the last remaining 'gravity breweries' still operating in the world.
Take a 60 minute tour of this historic site which also includes a tasting session of six Speights beers. After the tour, sit down to a 2 course dinner at the Alehouse and enjoy the hearty fare of the south.